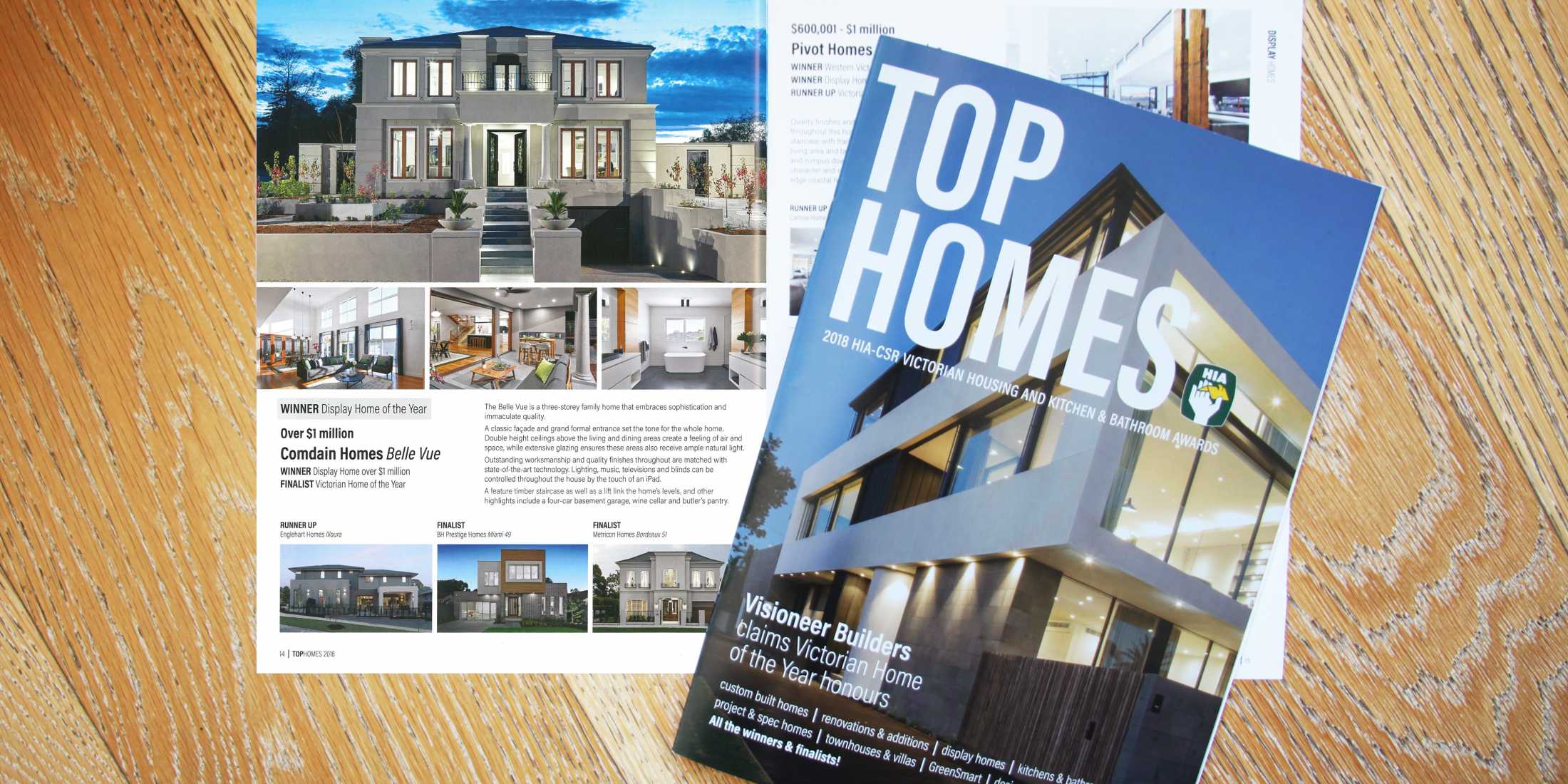 We’re thrilled to share with you the results of last week’s HIA Victorian Housing Awards, where our Balwyn North display home, the Belle Vue, continued its winning streak and won three awards and one second place recognition.

One of the outstanding features of the home is how we’ve merged traditional craftsmanship with contemporary design intelligence – the Belle Vue boasts the latest C-Bus home technology with Amazon alexa controlling lights, audio-visual, blinds and security by voice, or the touch of your smartphone or tablet.

The master en suite won Best Bathroom in a Display Home and was a finalist for ​Bathroom of the Year. The sumptuous bathroom features a beautiful sculptured freestanding bath, generous shower alcove, separate toilet, stone-topped floating double vanity and separate make-up table. All set off by striking ornate tiles. And in the hotly contested Best Kitchen in a Display Home category, the Belle Vue was a commendable runner up, to what has to be said, a very worthy winner.

Winning awards is a team effort with a lot of hard work and passion put in by a large number of people. We wouldn’t have won without the help and support of all involved, so a big “thank you” to everyone who made these results possible.